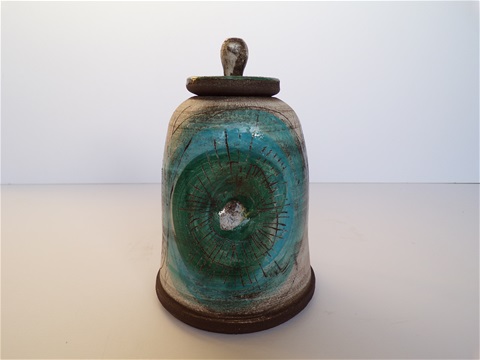 Jane Williams works from a converted dairy on her fathers farm in South Meirionydd. She works on the wheel to produce both functional and sculptural home wares. Her influences are varied and broad ranging. The colours that decorate her pots are from the countryside which surrounds her (the magnificent Snowdonia peaks, the ever changing sea and bountiful sea shore) She is also hugely inspired by her love of vintage fabrics (in particular the 1950’s) and is fascinated by patterns in the natural world (from jellyfish and shells to beetles, kiwi fruit and slime moulds)

Her most recent work has returned to the sea for its inspiration. After finding thousands of washed up ‘By the wind sailors’ last year (2016) (Small jellyfish type organisms) she has obsessively explored the patterns, colours and forms found ‘Ar Lan y Mor’ (‘By The Sea Shore')

She is also producing a range of decorative wall platters, inspired by the Sixteenth Century scientist potter Bernard Palissy (1510- 1586)

Jane reached the semi-final in the first series of BBC 2’s ‘Great Pottery Throw Down.’  (2015) 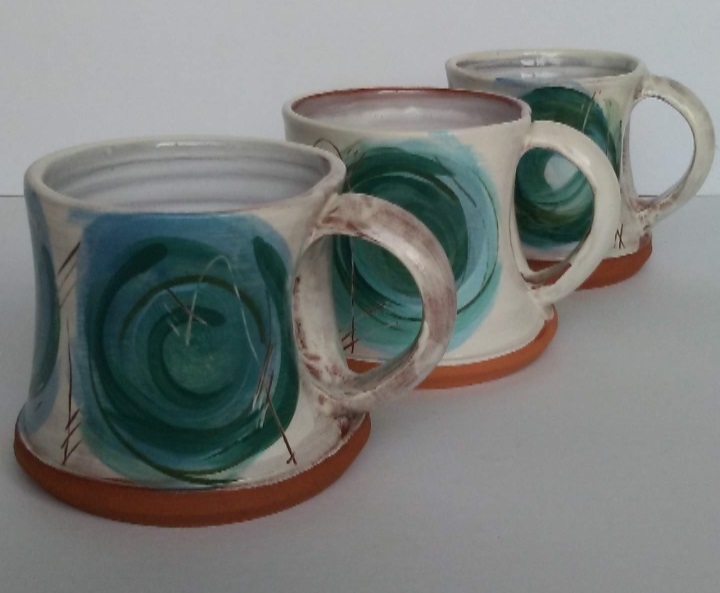 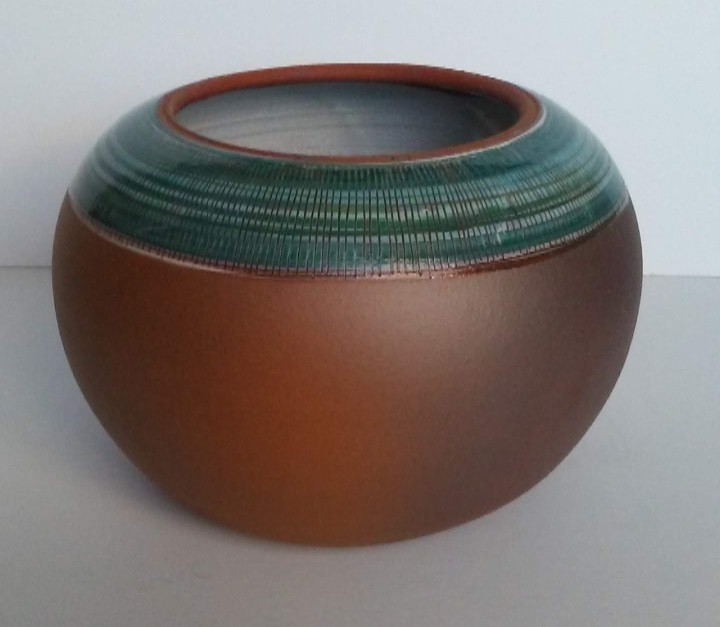